Hypopituitarism is a partial or complete loss of the function of anterior pituitary which may result due to any lesion that destroys the pituitary or the hypothalamus or that interferes with the delivery of releasing and inhibiting factors (hormones) to the anterior hypothalamus. GH (growth hormone) and gonadotropins (FSH, LH) are lost earlier than TSH and ACTH.

Large pituitary tumours or cysts, as well as hypothalamic tumours (craniopharyngiomas common in children and meningiomas and gliomas) can lead to hypopituitarism. Pituitary adenomas are the most common cause of panhypopituitarism. The mass compresses the gland, causing pressure, trauma and necrosis of the gland.

Pituitary apoplexy is a syndrome associated with acute hemorrhagic infarction of a pre-existing pituitary adenoma (bleeding on the surface of the adenoma) and shows as severe headache, neck rigidity, nausea, vomiting, and depression of consciousness (may be mistaken for meningitis so pituitary hormones should be checked). It is a medical and neurosurgical emergency.

Vascular diseases such as Sheehan syndrome postpartum necrosis (initial sign being unable to lactate) and infiltrative diseases including hemochromatosis (iron overloaded state) and amyloidosis (amyloid overloaded state) may induce this state as well.

Stroke can also damage these cells. Stroke can cause central diabetes insipidus due to damage of hypothalamus and/or posterior pituitary.

The following hormones will appear in the order in which they are lost in hypopituitarism. Important to note that GH, FSH and LH decrease is not as dangerous as TSH and ACTH deficiency is which are lost later.

Electrolyte changes like hyperkalemia and salt loss are minimal in secondary adrenal insufficiency (secondary adrenal insufficiency is adrenal hypofunction due to lack of ACTH) because aldosterone (produced by zona glomerulosa of adrenal cortex)  production is mainly dependant on the renin-angiotensin system (because aldosterone is released due to renin here and not due to ACTH which is decreased). ACTH deficiency does not result in the salt wasting, hyperkalemia, and death that are caused by aldosterone deficiency.

The first step in diagnosing pituitary insufficiency is to measure growth hormone, thyroid stimulating hormone, luteinizing hormone, and insulin-like growth factor IGF-1. The most reliable stimulus for GH (growth hormone) is insulin-induced hypoglycemia. After injecting 0.1 micro/kilograms of regular insulin, blood glucose level declines to <40 mg/dl, in normal conditions the GH should go up but in hypopituitarism, it does not. This is a provocative test.

Arginine (an alpha amino acid used in protein production) infusion can also stimulate growth hormone release. Measure GH levels after infusion of arginine. This test is better because it does not cause hypoglycemia as with insulin.

To diagnose ACTH deficiency, blood serum (basal) cortisol levels may be preserved (the problem could only be due to stress as cortisol is a hormone produced by the adrenal cortex in conditions of stress and low body glucose). Insulin intolerance test is diagnostic and involves giving 0.05-0.1 Units/kg of regular insulin and measuring serum cortisol which should be increased to >19 milligrams/dl.

Metyrapone (medication used in the diagnosis of adrenal insufficiency and hypercortisolism (Cushing syndrome)) tests for decreased ACTH production. Metyrapone blocks cortisol production which would increase ACTH (to release more cortisol). A failure of ACTH to rise after giving metyrapone would indicate pituitary insufficiency. Cosyntropin (ACTH itself administered) stimulation may give abnormally low cortisol output if pituitary insufficiency has led to atrophy of the adrenal gland that it cannot produce cortisol even after it is administered externally.

Management of Hypopituitarism involves treating the underlying causes. Multiple hormones must be replaced, but the most important is cortisol replacement. 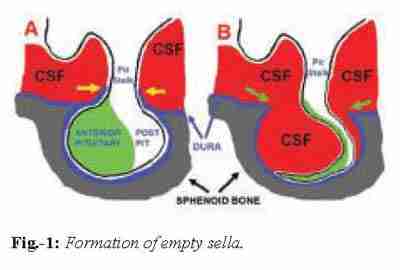 ESS is the differential diagnosis of enlarged sella caused by pituitary tumours. In ESS, the sella has no bony erosion. It is caused by herniation of the suprasellar subarachnoid space through an incomplete diaphragm sella. No pituitary gland is visible on CT or MRI. The syndrome can be primary (idiopathic) and is also associated with head trauma and radiation therapy. Most patients with these syndromes are obese, multiparous women with headaches. 30% will have hypertension, endocrine symptoms are absent because the pituitary is just depressed not destroyed and is functioning normally but is just not visible (empty sella is an accidental finding there is no symptom that will make us say this is empty sella syndrome). therapy is reassurance. 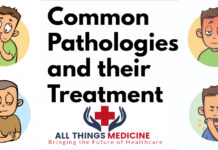 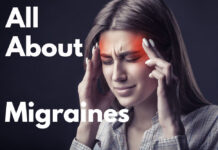 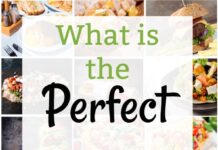 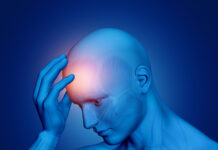 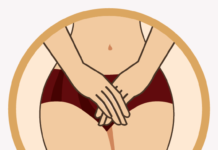 What is Lupus and what causes it?